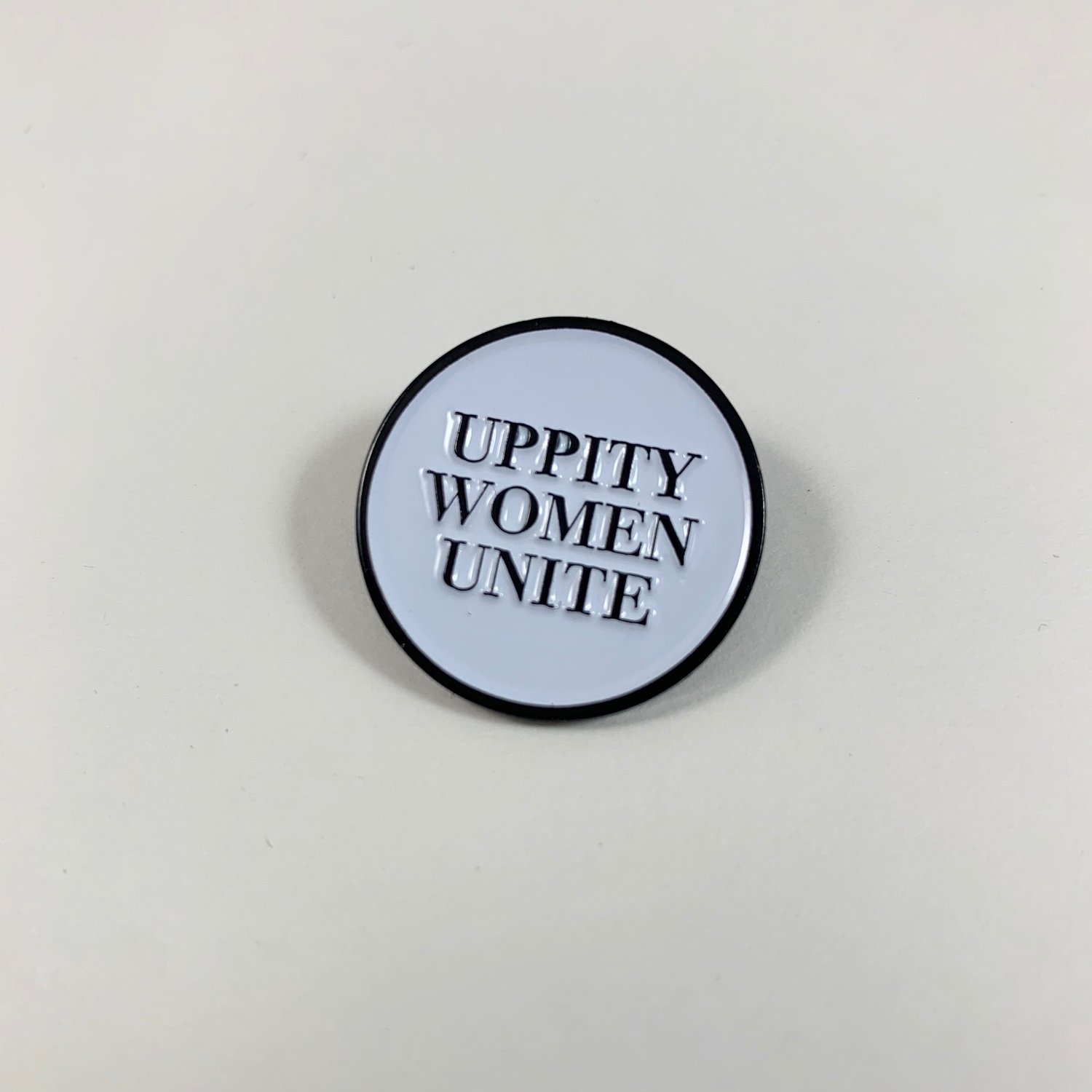 Bear with me for a little backstory: I recently learned about Poppy Northcutt, a brilliant woman who became the first female engineer to work in NASA's Mission Control, and then went on to work for women's rights in the 1970s. She also became an attorney?! She's awesome.

In first photo of Poppy that I saw, she was wearing a pin... something I always inspect in old photos. It said "Uppity Women Unite," likely worn by 2nd wave feminists in the 1960s and 70s. It took back the word "uppity"(used to insult people who dared to speak up and attempt to move beyond their present station) and became a rallying cry: if us uppity folks won't simply take what we're given, think of what we can achieve together.

I'm excited to bring this pin and sentiment back to life. This is not a call to Karens, it's a recognition that many people don't get an equal shot at all that life has to offer, and if we support each other, we can demand so much more.